According to Irish history, the kilt was first used by students of the school in Ireland. The founder of this school named Patrick Pierce and he is known as an Irish patriotic. He motivates the students to the traditional culture and language and gave kilts to students as a uniform.

See Also: What is a Sporran?

You may google many beautiful kilts of the Irish people. Many times you come with the beautiful green color Irish kilts. Irish kilts are not only in green color but also comes in a variety of colors like blue and Saffron. During World War 1, the Irish soldiers help the British army in the war by wearing Saffron kilts. Saffron kilts are nowadays worn by not only soldiers but also common Irish people. 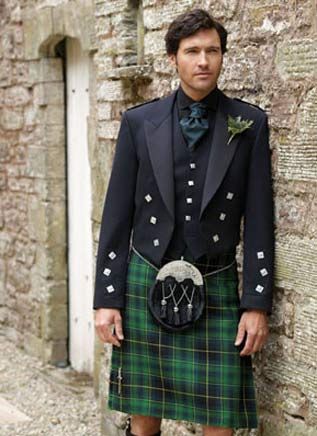 There is a lot of beautiful traditional and modern Irish Kilt Outfit wear in Ireland and other counties of Ireland. There is also family tartan in Ireland which is also in Scotland. These families have their own tartans and after that, there are universal tartans which wear by kilts loving people.

Saint Patrick’s Day is the celebration day in Ireland and other countries of the world. On this day, many people love to wear green color Irish kilts. These traditional tartan kilts are made with real wool material and that is why these are very expensive kilts. The other universal kilts are made from Poly-viscose material. These kilts are more comfortable to wear and affordable to buy. At Kiltoutlet.com, we made every type of traditional kilts. These tartan kilts are easy to worn and comfortable. Moreover, we made custom made kilts for our customers.

If you are a kilt lover and wanted to wear Irish kilt then please visit our store. You will find beautiful and high-quality kilts.